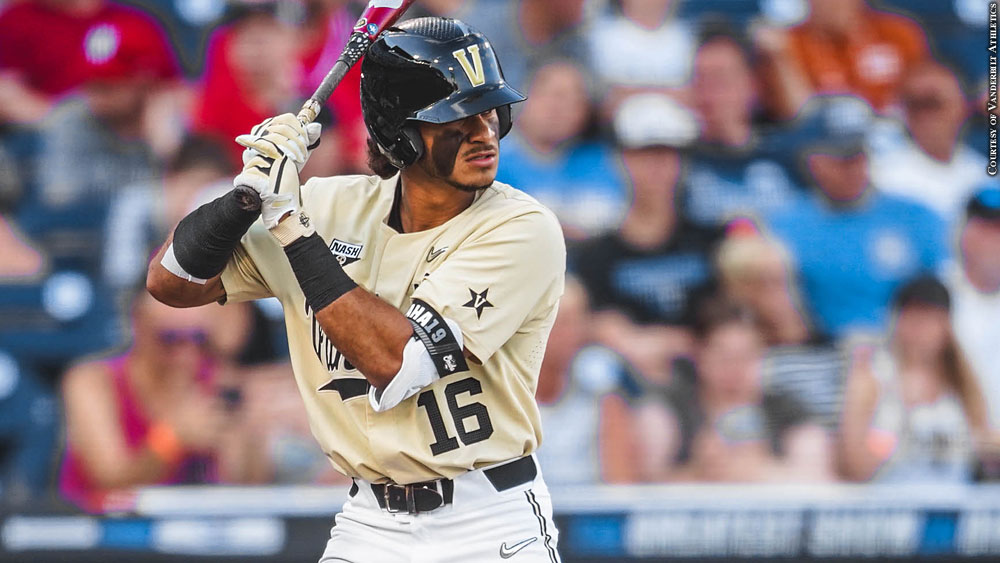 Based on the events of the first six months of 2020 alone, Blue Jays amateur scouting director Shane Farrell could probably write a book.  A fairly thick one, at that.

Farrell joined the organization from the Cubs in January, after his predecessor Steve Sanders decided to reunite with his mentor Ben Cherington in helping to run the Pirates.  The Blue Jays are highly regarded throughout the industry for their approach to player development, and for a guy with a background like Farrell’s, their PD philosophy likely aligns well with his.  Then came along the Covid-19 pandemic shutdown, just weeks before Farrell was set to make the Blue Jays 5th overall pick, their highest selection in 20+ years.  And on draft night, the best overall player in this year’s pool – a potential first-division player – landed in his lap.

Reached at his home in Arizona (plans to move his wife and young daughter to Toronto were scuttled by the pandemic), Farrell is modest about his own role in the fairly impressive haul of players the Blue Jays claimed in the reduced draft, giving credit to the scouting department, and even the PD department, which suddenly had some time on its hands.

It’s important to remember that it’s a group process, with lots of input from various area scouts and cross-checkers, as well as some assistance from the player development side this year.

The college baseball season was nicely underway, and high school baseball season openers were making their way north when the pandemic forced an end to in-person scouting.  It was a shock to the system for many evaluators:

Scouts are creatures of habit, and to pull them off the road and have them sit at home for a few months is not something we’re accustomed to…..but I’m proud of how our guys handled it, continuing to dig and find new ways to evaluate talent.

The Blue Jays had no advance warning about the Orioles, who were widely expected to take Vanderbilt star Austin Martin with the 2nd pick, but Farrell said that there was no anxiety in the makeshift Toronto war room when it came time for the Marlins and Royals to follow with Martin still on the board.

The key to the draft is preparedness, and we were confident that our draft board was detailed enough for us to anticipate whatever scenario we had to deal with.  Austin being available (at 5) was something we were prepared for, but we certainly weren’t expecting it.

Farrell initially became aware of Martin while still with the Cubs when the latter was still a high schooler, and isn’t surprised that he emerged as an elite prospect:

It’s just the offensive profile, it’s his elite ability to control the strike zone and make hard contact.  It’s also his commitment to continue to get better – he’s a real baseball rat.

When asked about Martin’s ultimate position as a big leaguer, Farrell demurred to name a spot, pointing out the fluid nature of many of today’s defensive positions.

Farrell was just as pleased with the Blue Jays other picks in the draft, starting with 2nd rounder RHP C.J. Van Eyk from Florida State:

C.J. is an accomplished starter, coming off a strong sophomore season.  He had put together some quality starts before the shutdown, and we really liked the combination of pitchability, his feel for four pitches and solid secondary offerings…..(area scout) Brandon Bishoff was a big factor in this decision….we felt like C.J. was a really good fit for us.

He’s a guy from a mid major who really came on in the Cape league last summer.  He has really good arm speed and arm action, and can hit 97 with his fastball.  He has a plus slider as well, and has a chance to become a starter with a couple of intriguing pitches.

There is lots of athleticism and upside here.  Nick is still relatively new to pitching, and we’re excited to see what our player development side can do with him.

Louisville OF Zach Britton, taken with the 5th round pick:

Zach has the ability to hit from the left side is something we’re excited about.  He can stay on the ball and drive it to left-centre….the amount of doubles he hit in a short time this spring is something that caught our attention.  He spent some time behind the plate earlier in his college career, but moved to the outfield and can play both corner positions.

Because of the shutdown, the Blue Jays were forced to rely on video and analytics to help add the final pieces of the evaluation puzzle.  While that was helpful, to Farrell it’s not a long-term replacement for eyes on a player as part of the evaluation process:

There’s not much to replace the ability to see a player, his work ethic, how he responds his teammates…..then talking to his parents, and seeing how he interacts with them, to see how respectful he is of them.

The life of a scout is one continual process of travel and evaluation.  Shortly after this year’s draft, restrictions were eased somewhat, and MLB teams were allowed to send a limited number of scouts out into the field, with Covid-forced limitations.  Farrell acknowledges it’s a challenge, but the Blue Jays are already deep in preparations for the 2021 draft:

It’s certainly been a challenge….the turnaround time is quick, and added to that is the fact that the high profile traditional summer leagues are not operating this year.  Safeguarding the health and safety of our staff is a priority.  Our area scouts are getting out and scouting as best as they can locally.

Martin, of course, was named to the Blue Jays 60-man group, and is now with the other top prospects at their camp in Rochester.  As for when the other four picks (as well as the three NDFAs the Blue Jays signed) will be able to don a Toronto uniform and begin their careers in the system, Farrell says things are still very much up in the air.  Fall Instructs are still uncertain, and when it was suggested to him that teams might be reluctant to send players to Florida (or Arizona, for that matter), Farrell doesn’t disagree.

All in all, Farrell and the Blue Jays have to be pleased with their haul.  Their first pick is a slam dunk big leaguer, and they added a back end starter, an arm that probably best fits in the pen, a bit of a roll of the dice with a high risk/high reward pitcher, and a bat-first guy that may be able to play a corner OF spot.  Throw in a highly regarded infielder (Vanderbilt’s Harrison Ray) among their free agent signees, and Toronto did fairly well in this most unusual amateur crop haul.