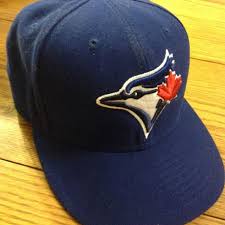 My Next Mock Draft will be coming out soon! Be sure to check out my last mock draft by clicking right here.

Earlier this week, the MLB announced a deal where the MLB draft would shrink to five rounds and a cap of 20k being set for UDFA (undrafted free agents). A date change to sometime in July was also mentioned.

These changes will have a negative effect on everybody, except for college coaches. College Players, High Schoolers, JC Prospects will be in large clusters when teams are offering money to players, certain guys much more than normal won’t be getting enough money. Heavy amounts of JC, HS, and 4-year SO will head back to school and test the draft another time. Players will be affected the most, financially, but MLB teams will lose out on opportunities to find value in one of the most valuable assets for building a cost-effective MLB roster.

It’s still very early for team connections, but Asa Lacy seems like a strong candidate for pick five. A historic start to the season came to an abrupt ending, but his success sent waves around scouting departments.

In part to Asa Lacy’s rise, Emerson Hancock – once proclaimed the slam-dunk top pitcher in the class – has since seen his name float around the Blue Jays pick. He fits the Blue Jays mold in past years (Big, College Arm, Track Record, Starter Stuff), though under a first-year amateur director, who knows what the Jays will be looking for.

The Pete Crow-Armstrong, Mick Abel, Jared Kelley, Austin Hendrick types are out of the picture. Why pay them heavy bonuses when college players like Asa Lacy, Reid Detmers, Patrick Bailey, Garrett Mitchell and even Emerson Hancock or Nick Gonzales could be in play for less money and less risk.

When you draft & sign nearly 30 players a year (in the draft), finding a big leaguer or two becomes the expectation. With the draft shrinking to a mere five rounds, the 5th and 42nd overall picks have become even more important.

Much more risky & typically more expensive high schoolers might be out of the picture for the Jays at five, especially with the deep college class this year. Zac Veen’s late surgence this spring might’ve not been enough to catapult him into the Jays consideration, not to mention he’s a Florida Commit which typically makes for higher risk.

The 42nd Overall pick – which is in the range where teams typically give high schoolers way over-the-slot bonuses with money they’ll soon save with senior signs – will now become slots for college pitchers still looking for money. Guys like Trenton Denholm, Andrew Abbott, Bobby Miller are all strong candidates at the pick. Even JT Ginn – once a top 10 talent, now a wait-and-see guy because of Tommy John Surgery could be in play at 42 if financials work out. Miami’s Chris McMahon and Slade Cecconi are possibilities, though Cecconi being a sophomore as oh-so-much leverage.

Every year, teams are given slot pools, the amount of money they can spend on their top 10 round picks (as well as any round 11-40 signings that go over 125k) without going over. Teams like the Astros, who are without a first round pick, have such little money to spend that the odds of them getting a player as talented as the spot they select at is an unlikely scenario.

The Blue Jays, on the other hand, will be on the right side of this, as they’ll have the fifth highest (or close to) slot pool. This will make rounds 3-5 still valuable cracks at the lottery.

Under Alex Anthoplous the Blue Jays only made the playoffs once, and the main ingredient to Anthopoulos success was from late round talents.

Remember the “Bat Flip Game”?  Well, the man behind it all, Jose Bautista, wasn’t taken until the 20th round in the 2000 Draft. Bautista wasn’t even the only player on the team that day to get taken later than the 10th round. Teammates Dalton Pompey and Kevin Pillar both fell to the Jays in later rounds and appeared in Game 5 of that series.

The 2020 Blue Jays feature two late round gems of their own in Danny Jansen and Ryan Borucki. Jansen, now a potential cornerstone for the future of the Blue Jays might’ve never gotten a chance in the MLB had the draft been five rounds!