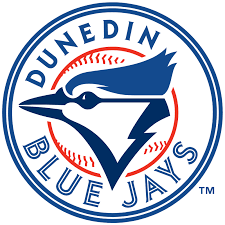 The Dunedin Blue Jays will be rich in starting Pitching this year.

The defending High A Florida State League co-champs will feature a pair of first-round picks in their rotation in T.J. Zeuch (2016), and Nate Pearson (2017).

With Patrick Murphy, Josh DeGraaf, and Tayler Saucedo joining Zeuch and Pearson in the rotation, Dunedin’s greatest strength will come from that starting core.  Pearson skipped Low A after a lights-out short season stint with Vancouver last year.  Some eyebrows were raised that Zeuch has returned to Dunedin after a strong Arizona Fall League peformance.  His return probably speaks more to the concerns the club may have over his injury-plagued 2017, as well as the depth at New Hampshire.  If Zeuch gets off to a good start, he should be in the Northeast by the time the weather warms up.

Joining Pearson from the 2017 Northwest League champs are SS Logan Warmoth, Pearson’s first round mate from last year, as well as C Riley Adams.  Warmoth’s leap was no surprise, but Adams’ is somewhat.  A fine athlete who was Vancouver’s MVP last year, Adams has some work to do with his receiving.

Justin Dillon, Travis Bergen and William Ouellette from Vancouver’s lights out bullpen last year have made the leap over Low A as well.  Juliandry Higuera is an interesting arm.  The southpaw started out in the organization as a starter, but was moved to the bullpen at Lansing last year, and fanned better than a batter per inning.

Bradley Jones returns from an injury-shortened 2017 to Dunedin.  He started the year at Lansing, but moved up to Dunedin in June.  Jones led the Appy League in Homers, RBI, Total Bases, and Slugging two years ago as a First Baseman, and added 2B and 3B to his portfolio last year.

Josh Palacios, one of the best athletes in the organization, moves up from to Lansing to play the OF.  2012 1st round pick DJ Davis returns to High for a 3rd season.  His .283/.357/.369 second half may be a sign that he’s coming close to finally fulfilling his tremendous promise.

P Justin Maese underwent surgery for a shoulder impingement last month, and is likely out for the season.  His presence would have given Dunedin a truly dominant rotation.